Postcards from Around the World / Dance

No one really knows where the origin of Dancing Began- It seems as there were people, they expressed themselves in Various Forms of Dancing.  We are going to Journey all over the World and visit Types of Dancing of the different Cultures. During my first trip to Africa, was where I first encountered, traditional African Dancing. We were in a Village in Kumasi, in Ghana South Africa. The day before someone in the village had died. All night the whole village had a celebration for the dead, full of laughter, and also dancing. Bright colors were worn by the women as they danced up and down the streets all night

One time from an outward view, dancing seems to be centered on Entertainment.  But Looking at the Cultural aspect of it it can represent far more.  Dance can represent Prayer and also Rites of Passage.

each element of African dance is full of cultural significance. from the beat of the first drum to the bright colored dresses. It is still done today thruout Africa. They have been part of African life for Generations.  In many villages, it was the responsibility of the “Dance Master” to make sure all the village knew the traditions and history through his teaching on Dance.  Many of the Traditional dances in Africa have been passed down without change.  Much of African dancing is called polycentric movements – meaning that different parts of the body move in their own rhythm and apart from each other.  Many of These Dances are very hard to master.  Again being passed down from generation to generation.

African Slave trade was strong in the 1500s and many of the Native Dances made their way into many cultures during this time of Trafficking.

Many of the modern dancing has descended from their African roots.  There are over 3,000 tribes in the continent today and close to 2,000 different dialects spoken.  You can see the possible number of variations possible.  Looking at the list below you will see familiar Dances, these trace their roots back to Mother Africa.

Today in African Villages – Dancing is common at many of the Local Social Events.  They are accompanied by colorful costumes and dresses.

African Dance helps pass on History, customs, and Traditions from the past to the newer generations of children. Those who participate and Teach are some of the following.

Types of dances in Africa represent different important times of a villager’s life.  They also can portray rites of Passage into Manhood, Becoming a Warrior, womanhood, and Fertility.  Asking the spirits through prayer and request for Rain and Bountiful Harvest, or successful Hunting.

Cultural Dance Vintage Postcard Value Calculator - How Much is Postcard Worth
Table Shows Type of Postcards, average cost, Hi-lo Cost, and eBay Link to the desired search
It will show you Current Listings
Dollar Amounts are Ebays Actual Sold Amounts - Not asking Price

Postcards of Dancing For Sale

1.   What is  Dance Fighting? – Capoeira This is a form of Martial Arts, that combines defense, elaborate dance, and Music into an art form and a form of defense.  it was developed in the last of the 16th century from African Slaves in Brazil.  One of the main stances is the Ginga, which is described as the rocking stance, swaying back and forth,  the form also consists of Kicks using the artist’s feet as weapons.  Enslaved people that had escaped from captivity used it to avoid capture or recapture. 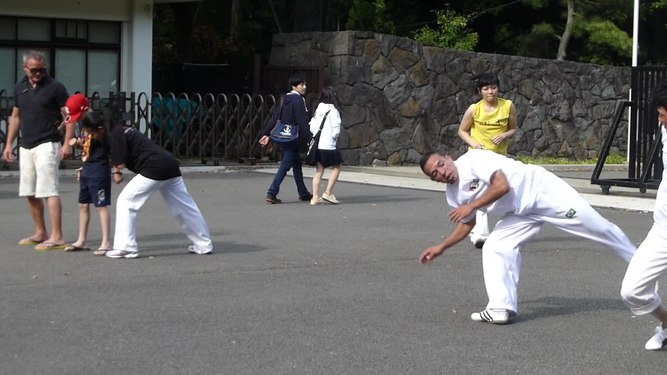 2. What is Morris Dancing?  It is a form of English fold Dancing, the earliest mention of it is around 1448.  Groups of dancers in cheorotyped dance steps, dance as a group.  many times they also use handkerchiefs, scarfs, swords, and sticks as part of their steps.  Currently, there are about 150 Mory teams of Dancers in the US right now.

3.  What is Sufi Whirling?   Turkish Dancing is a religious form of dancing, it might be described as dance meditation.  the thought is that you abandon one’s ego, by listening to music, focusing on God, and twirling one’s body is slowly moving circles.  It seems to be representative of our planets circling the sun.

4.  What is Hopak Dancing?  National Dance of Ukraine.  Meaning of words, is to Hop or Jump.  Originally done by the Men, specifically the Cossacks.  Later to include the ladies.  Dancers would dance squatting kicking in unison of their lower feet.

5.  What is Schuhplattler Dancing?  It is a traditional form of Folk Dance from Southern Germany.  The performers stomp, clap and strike the soles of their shoes,  slap their thighs and hips, to the music.  It has become increasingly popular with youngsters, who love its colorful costumes and its bouncing, leaping, kicking and choreographed horseplay.